O ur mission at First Seventh-day Adventist Church is Creating a Church Where Broken Lives are Made Whole.  We welcome you to the fellowship and it is our hope that your life will be richly blessed by your experiences with us.

First Church has a large staff to meet the many needs of the church and the community. Our staff members are listed on the about us page of this website. We also have numerous ministries that are led by members of our congregation.  Below you can find more details about the ministerial staff. 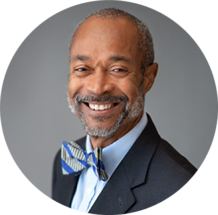 Pastor Alexander Lampkin began his pastoral education at Oakwood University in Huntsville, Alabama where he graduated in 1982 with a Bachelor’s Degree in Theology and a minor in Accounting; in 1988, he earned a Master’s Degree in Divinity from Andrews University, Berrien Springs, Michigan; He further continued his education, receiving an Educational Specialist degree from Middle Tennessee State University in 2007.

Transitioning from Knoxville, where he has served since 2006 at the College Hill SDA Church  in the Mechanicsville neighborhood, Pastor Lampkin has been energetically leading his flock for eight years.

He has held several revivals in Knoxville, leading many people to Christ, and has been very active in the community serving East Knoxville, Lonsdale, Western Heights, Christenberry Heights and the Mechanicville neighborhoods.

Pastor Lampkin is married the former Laveta Marie Baggett in 1992, and to this union of 22 years three sons were born: Brenton, Branden,  and Braidan.

Pastor Lampkin, who has also served as a chaplain for the Knoxville Police Department, is known for his love for family, reading, basketball, and young people.His favorite scripture is Proverbs 3:6, “In all thy ways acknowledge Him and He shall direct thy path.” 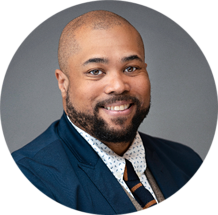 The Genesis of pastor Rashid Taylor began on December 14, 1974 in Dayton, Ohio to Anthony and Donna Taylor. When he was 9 the family joined the church and he fell in love with the teachings and activities of the church from Sabbath school to Pathfinders to the children’s choir.

This love for the church lead him on a trip to Oakwood University where he again was struck by the heavy presence of the Holy Spirit and believed that was the school for him. This same overwhelming strike of passion and purpose hit him when he met his wife, Evyonne Rainey, there in 1997 and married in 1999. They’ve recently celebrated their 21st wedding anniversary.

After avoiding his call to pursue what he imagined to be his purpose, Pastor Taylor rejoined the church of his youth becoming the youth pastor. He then moved his family to Kansas City, Kansas where he continued serving God as AYM leader, youth and adult Sabbath School instructor, couples ministry leader and eventually an Elder.

His relationship with God called him into Pastoral ministry and back to Oakwood University, where he received his Master of Arts in Pastoral Studies. While completing his degree he joined the First SDA Church in Huntsville as an Intern and then as the Youth Pastor. The position which he currently serves in.

Pastor Taylor has a love for sharing the love of God in diverse and creative ways. Aside from teaching and preaching, his other passions are sneaker collecting, traveling, cooking, and music.

His favorite text is Philippians 2:5-7
5 Let this mind be in you, which was also in Christ Jesus, Who, being in the form of God, thought it not robbery to be equal with God, But made himself of no reputation, and took upon him the form of a servant, and was made in the likeness of men.